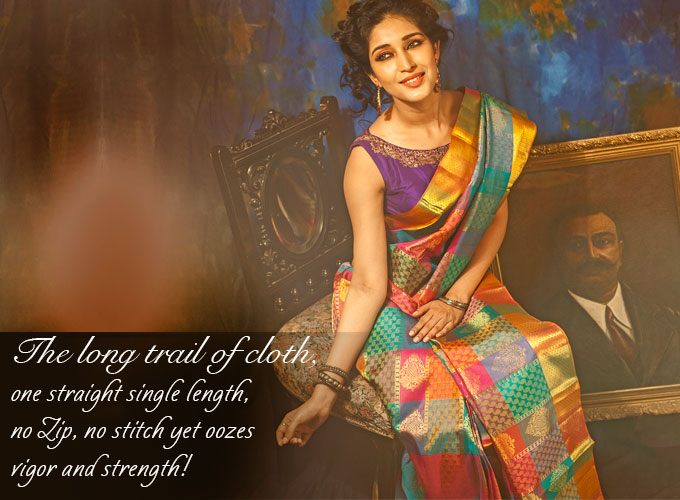 Since time immemorial, India as a country has seen many a fashion trends come and go by, some like the trouser and shirt had a long stint while others were short lived. But in all these years, if at all there was any attire that was audacious and stood fearless in the trying times of changing fashion, it was the long six yard trail of elegance and grace, the evergreen saree.

‘The humble drape stirring the political motion,
since time immemorial, breaking the rules and the notion!’

Saree first found during the Indus valley civilization underwent many a transformation since then, in its weave, style and drape. A constant subject of experiment, it saw many innovations in mixing of yarns or change in the style of weave and innumerous ways in which it got adorned with different ways of dyeing, painting, printing, embroidering what have you! Soon it got its identity as power dress as it made its way into politics in free India and later as independent women adopted it at work place.

‘It marks the beauty of a demure bride,
it tells tale of prejudice and pride!’

The grander ones however are kept for the special occasions in one’s life – Weddings, religious ceremonies, festivals and gatherings. Adorned to make one feel special, the sarees made for these purposes have always met the expectations of women of all class. Some of these are legendary that have never felt the need to change their style time to time although they did bring in some newer designs. One pick from every corner of the country, today we bring you five different Sarees from east, west, north, south and central India respectively that are timeless legacies that every Indian woman must stock in her wardrobe to adorn herself and to pass it on as a heritage to generation next.

Made in Banaras, the weave that is as old as the city by the banks of river Ganga, Banarasi Brocade sarees are one of the most ancient, elegant and opulent silk sarees in India. Celebrated for their fine silk and their real zari brocade in gold and silver, these sarees for eons of time are a symbol of class, pride, happiness, union, and jubilation. Like old wine in new bottle, these sarees have reinvented themselves with every passing era while retaining their original charm. Even today, a must have in every Indian bride’s trousseau; they are considered an heirloom to be passed on to the next generation.

Loaded with ancient Dravidian cultural heritage, Kanchipuram silk sarees are said to be as old as the human race itself. As the weavers of Kanchipuram sarees consider themselves to be the descendants of the sage Markanda, the Master Weaver of Gods, this weaving cluster is amongst the oldest weaving hubs of the country. Woven in exquisite colors that are bold and bright along with opulent real zari work, even today the motifs showcased on these sarees are based on the rich artistry of Pallava temples, palaces and paintings making them the torch bearers of rich Indian cultural heritage.

The weaving culture of Chanderi is said to have started as early as the 2nd century. Physically located in the heart of the country, its rich weaving history is something that is close to one’s heart. The uniqueness of its weave lies in its unique silk fabric that is produced as a result of traditional practices of hand-weaving that have been developed over centuries, and passed down through generations. Characterized by sheer texture, light weight and transparency, these exclusively designed sarees are fringed heavily with handmade motifs of golden thread that have enthralled women of today as they enticed the royalty in the past.

Literally referred to as ‘poem hand woven in silk and gold’, weaving of Paithani sarees backdates to 200BC, during Satvahana era. Coveted sarees to be passed on from one generation to another, the weaving tradition of these sarees includes gold and silver threaded embroidery with motifs inspired from the Ajanta Caves. It is said that its rich artistry was so renowned that it was traded in return for gold and precious stones! With a rich ornamental border and zari pallu that are characterized by oblique square design and peacock design respectively, these sarees are a carrier of cultural legacy.

A masterpiece that originated in a small town of Bishnupur in west Bengal called Baluchar then, the legend of Baluchari sarees is at least 200 years old. Depicting scenes from Mahabharata and Ramayana and scenes from the lives of the Nawab of Benga, the art of Baluchari was patronized by the Nawab of Bengal in the eighteenth century which later flourished under the patronage of the Malla kings. As the mythological stories depicted on the walls of the temples of west Bengal get depicted in colorful threads to the minutest details by master craftsmen, Baluchari sarees even today are a sign of aristocracy and a symbol of status for women all over.

‘Saree my love ‘ you are the most beautiful attire,
a timeless fashion, which refuses to retire.’ 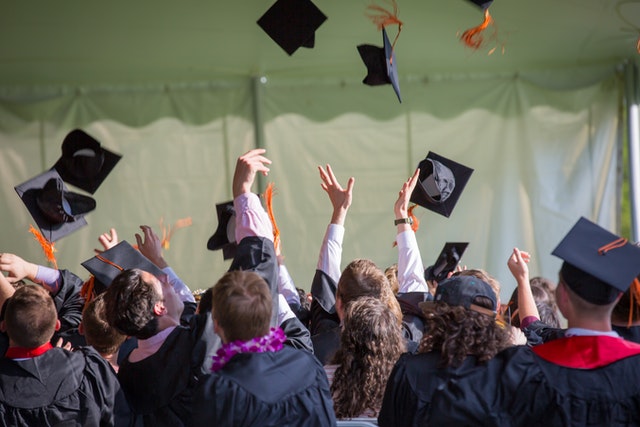