Today is day two of potty training. For the past two months Reagan has showed interest in the potty and we even bought a couple of seats. One that goes on the toilet and a stand alone toddler potty. My sister had come for a visit about a month ago and she took her son to the bathroom when they arrived.

Reagan being the curious little girl that she is followed them in because she wanted to know what was going on.

Michelle got Reagan to sit on the toilet for the first time and she went pee. We were so excited! I was so happy that this was going to be easy and simple…and then I got a reality check.

Later that day she had been put on the toilet at regular intervals and it was hit and miss. I couldn’t really expect too much, it was her first day. The second day she started not feeling well and broke out into fever. I kept pushing potty training and we had a setback. She didn’t even want to go near the bathroom. The day after she ended up with hand, foot and mouth disease and wouldn’t eat or drink for two days. (Post from June ~ Cleaning Out the Toy Box.) I kind of let the whole potty thing go for a while until she showed interest again.

I’m not sure if it’s my sister coming to visit that makes me want to throw Reagan back into potty training but sure enough Michelle came to town Sunday and Reagan once again showed true interest in getting back on the potty. I told her that if she wanted to go swimming she was going to have to go potty.

Quicker than I could blink she ran into the bathroom and screamed, “Potty!” She lifted the lid and started to climb on. I helped her take off her diaper, she already had her shorts off. After about 30 seconds she started to go! I was so excited again!!

Yesterday morning after she woke up I decided to try it again. I put Reagan on the potty and she went! Took her to breakfast with us, she went again! Took my sister and her son to their doctor’s appointment, she went again! I gave her hugs and rewards and treats for all her efforts. She maintained a clean, dry diaper all morning!! Three for three! Yeah Rey!

Rey went down for her afternoon nap and when she got up Brian took her to the bathroom and she went on the potty again! This time she went number 2! I was downstairs finishing my work for the day when I was called upstairs to witness the new achievement!

The look on Reagan’s face was pure joy and satisfaction. She was mastering this and quickly. I thanked Reagan for sticking with it and told her how proud I was. The rest of the day we only went through one diaper. I think we waited to long to ask if she needed to go in the middle of the afternoon but it was such a success!

Rey woke up this morning with a dry diaper and after I got back from running this morning I asked if she had gone on the potty yet. Brian said they had just rolled out of bed so I took her into the bathroom after coaxing her with my Gatorade bottle and well, she went again! So I am hoping that writing about this didn’t just jinx anything but so far so good! I was going to write about it yesterday but I figured we needed to get one day under our belt to officially say potty training begins!

We are coaxing her with things she wants. “Mama, Sprout…” she would say. “Ok Rey, go potty first.” Off she would run to the bathroom. “Mama. I want drink please,” pointing to my Gatorade bottle. “Go on the potty first,” I coaxed and she was off.

I’m learning quickly that offering a treat at the same time as asking her if she needs to go potty about every 20-30 minutes gets great response! So, wish us luck! This is such a huge achievement in a toddler’s life! My goal was to have her potty trained by her second birthday September 10th. I will definitely be ecstatic with earlier! 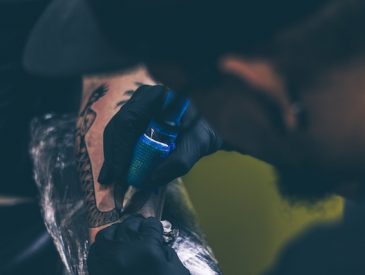